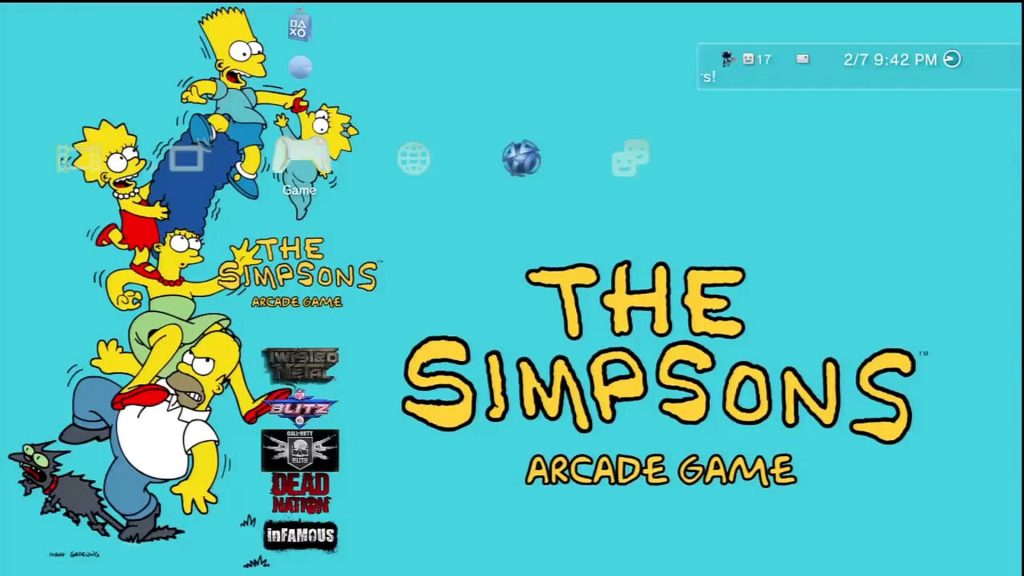 During the early 1990s, FOX’s long running animated series “The Simpsons” was a huge hit for all ages. The creators cashed in on the yellow-skinned family through stuffed dolls, t-shirts and other merchandise, but video game fans gave their money to the franchise one quarter at a time. This is because of the 1991 hit arcade game simply titled The Simpsons Arcade Game.

The title was previously only available through MAME emulators and ROM downloads, but now graphics have been added, extras have been added in and the game can be downloaded on both the Playstation Network and Xbox Live.

For a game that’s over 20 years old, it holds up incredibly well. The plot, revealed through simple animation, showcases baby Maggie replacing her pacifier with a diamond and getting kidnapped in the process. It’s up to Homer, his wife Marge, son Bart and daughter Lisa to fight off enemies and rescue Maggie.

The game is a side-scroller action title where each character has special abilities. Lisa uses her jump rope to pummel enemies. Bart swings and rides his skateboard. Marge uses her large blue hair and a skateboard. Homer relies on his fists and large stomach. The action is smooth, levels flow easily and four player action makes the game even better.

Even with the updated graphics, the game has a nostalgic appeal, but does not lose it’s touch as you get through each level. Challenges get harder and humor is spread throughout levels to give you more to look at.

Along with the classic original game mode, Konami has inserted new modes to entice fans. The “Survival” mode only gives players one life to travel as far as they can. If you beat the game, you can unlock the “Japanese Mode” which gives a completely different version of the game. Unlock a guide to Simpsons characters and read about the citizens of Springfield.

Even with hits like The Simpsons Road Rage and The Simpsons Hit & Run, the classic arcade title remains one of the best. It stays true to the format of the show, has a simple but effective story and has great replay value.

Purchase The Simpsons Arcade Game exclusively through the PSN Store and the Xbox Live Arcade.